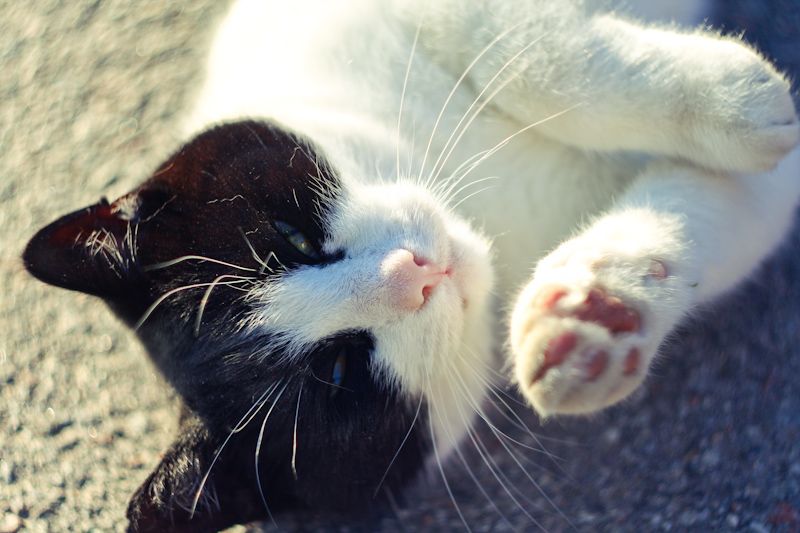 A lovely image with a very interesting point of view ... Magnificent frame with two paws smooth and claws! Excellent detail of the whiskers and slanted eyes ... Very good! A hug, Adela

SO real i feel as if i could give this cutie the deserved caress ;)

A fine portrait. I'm impressed by your creativity with the lens.