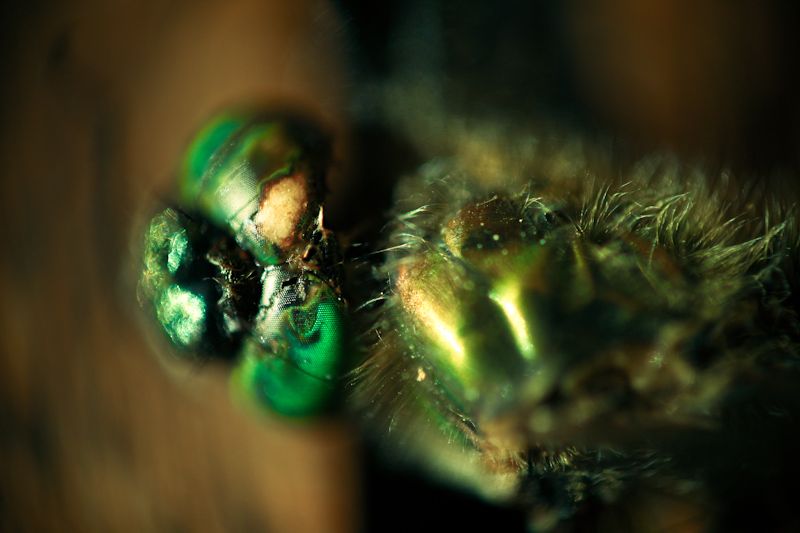 50by58macro - Dragonfly (bitten by my lizard)

Preceding this is 10 photos, decreasing the range to the subjects with each shot. Starting off with a train station and a cat, going further to regular macro with the 58mm, then followed by two shots taken with the lens detached from the body, giving a narrow DOF which is tilted.

This one is a part of 10 photos taken with my cheap 50mm f1.8 held against the Helios lens, making for some (potentially) interesting shots of plants, potato sprouts, an oxeye daisy and a dragonfly, which sadly died.

Beautiful macro..though the shot is not that clear, but nice try. regards.

This one is really beautifull. Great colours and light. The patchy dof turns it into a kind of abstract which I love.

Your macro images are amazing - I love your work. the DOF and detail are incredible here