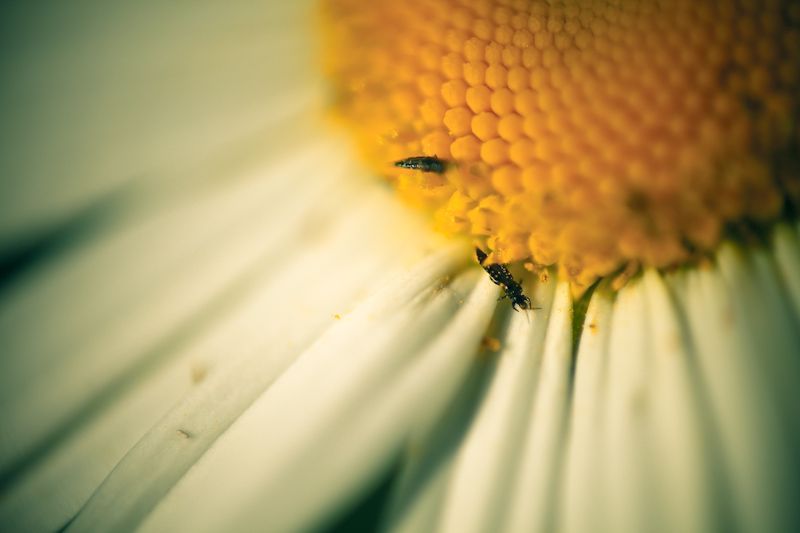 Preceding this is 10 photos, decreasing the range to the subjects with each shot. Starting off with a train station and a cat, going further to regular macro with the 58mm, then followed by two shots taken with the lens detached from the body, giving a narrow DOF which is tilted.

This one is a part of 10 photos taken with my cheap 50mm f1.8 held against the Helios lens, making for some (potentially) interesting shots of plants, potato sprouts, an oxeye daisy and a dragonfly, which sadly died.

I love the softness. Great capture!

I seem to recall the Helios lens on my Zenit-E many decades ago was a fine piece of glass. I really like the experiments you are making here and the unique results you get !

Very beautiful macro sharp on the very little insect.
Nice softness I like this, also the other series photo's are great.

always we see these pictures in the magazines but now you take the greater pictures !